This was my first version, oddly named 1.1, but once again I fell on the parallel interfacing an ATmega processor to the 8080.

Version 101 uses a ATmega328P to "talk" to the clock ship using I2C and where intended to simplify it all for the 8080 by exposing a simpel parallel interface.

Version 2.0 instead uses an Epson RTC-72421 chip that are parallel, making a child play to interface 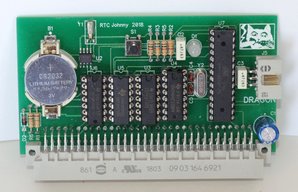 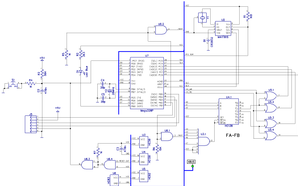 Not shown here are the 64 pin XBUS connector. 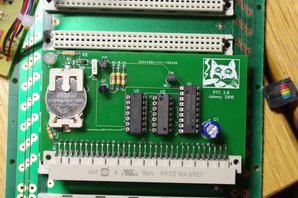 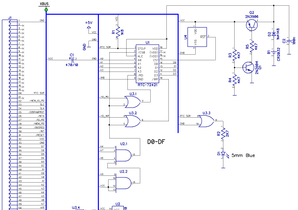