While trying out stuff I stumbled over one so simple problem that I had to make a new XBUS board to solve it. Overkill, maybe, but as usual, fun.

While this became an issue where when I tried to make a simple interface to an 16x2 LCD module using the XBUS parallel board.

The initializing part of the LCD module requires some waiting times between commands and that made me wonder - If I write a software timing loop, for the 8080, then that timing loop will be different depending on the currect clock speed of the 8080. Not good.

So I set out to solve that problem by constructing a timer in hardware, with its own 10 MHz Xtal oscillator, that could be set to count out a sertain number of clock ticks to eat up time. In the meanwhile the timer would use the /WAIT signal to temporaily halt the 8080 until the time is up.

This timer has never been tested, but as usual, it looks great on paper! 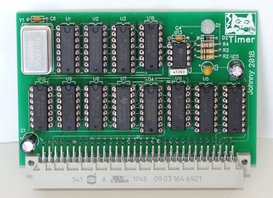 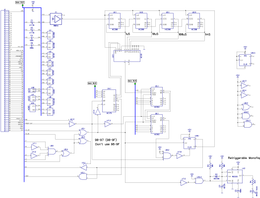